The Exstreamer Store&Play “Streaming” automatically downloads audio tracks and playlists via IP networks and schedules the playback of the received audio files. Supported by an application specific firmware, this product is designed to be used for In-Store background music and ad insertion, as well as for other use cases that require the playback of scheduled items without relying on a live Internet radio stream.

The device combines the traditional Store&Forward functionality with the ability of decoding live HTTP or RTP streams, taking advantage of both playback modes on a single device.

Designed in Switzerland and installed in tens of thousands of locations worldwide, the Barix Exstreamer series is the established standard for Instore Radio, Internet Radio, Entertainment and Broadcast applications alike.

Get A Business Music Service Plan 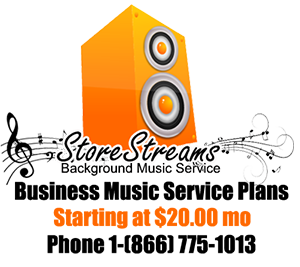